Author
MIne was The Enforcer, 1950. With Humphrey Bogart.
...from my socially distanced keyboard to yours.

a forgettable movie. I actually wanted to say, Topgun II but I did watch something after it.

Author
Why forgettable?
...from my socially distanced keyboard to yours.

donno, I forgot I saw it.

I did see LA Confidential 1997 last night. With Danny Devito, Kevin Spacey, Guy Pearce, Russel Crow, and Kim Basinger.
Quite a starcrossed production.
That is a fun movie. It wasn't the first time I have seen it. Still an interesting late-night TV offering. The commercial breaks made it into a 3-hour viewing and I still watched it from beginning to the end.

Author
1984, which was Richard Burton's last film. Prophetic, but depressing.
...from my socially distanced keyboard to yours.

Author
Again something I re-watched on late-night TV.

The only good Sci-Fi movie ever made in Poland*. It has a cult following.

The year is 2044 and after WWIII, only women living in underground bunkers have survived.
Two men who in 1991 have undertaken a hibernation experiment are dug up by archeologists.
It is a lighthearted comedy about the end of the world.
It takes on some heavy themes and still got past the censorship.

Author
I just now watched "Shadow in the Cloud" 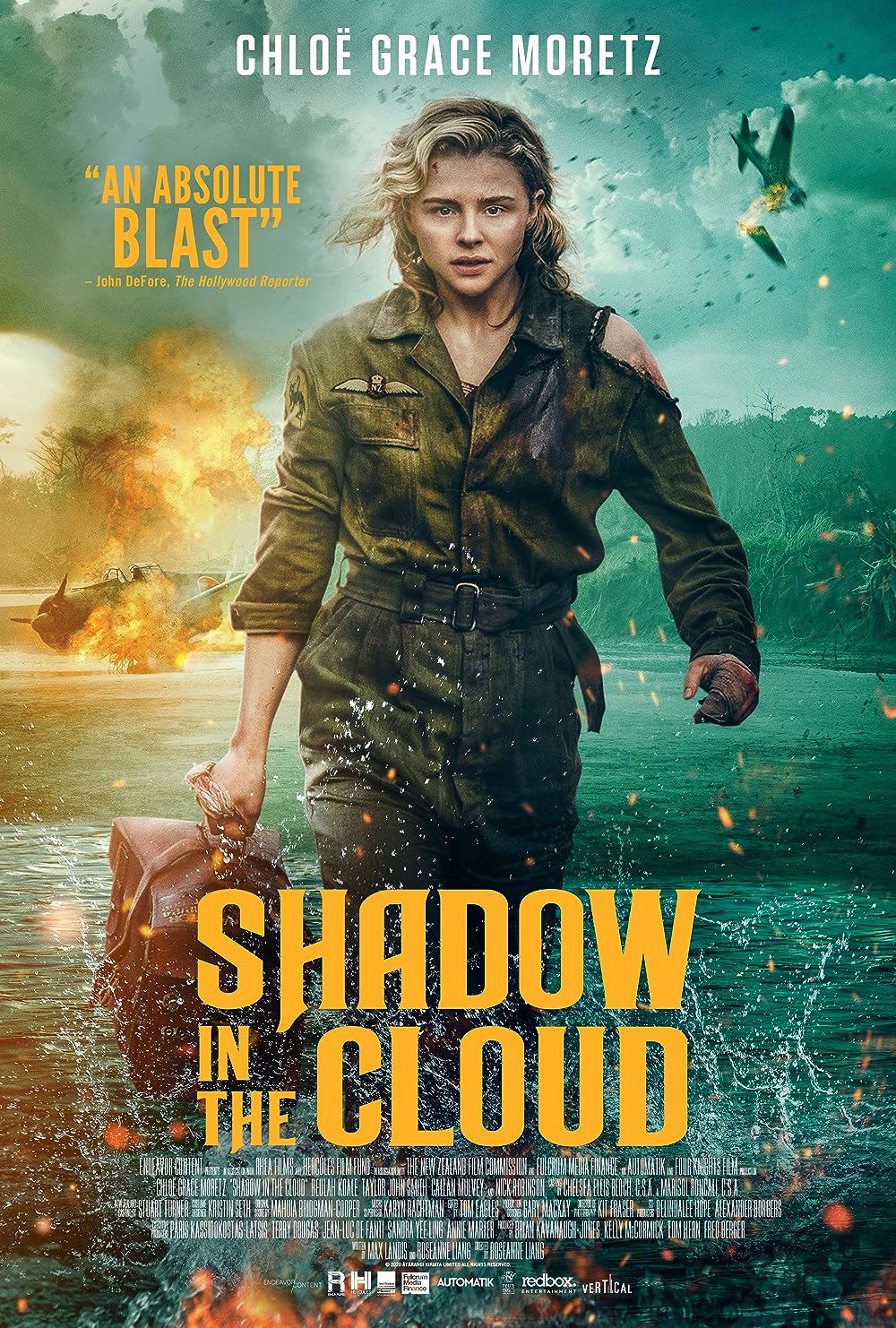 Shadow in the Cloud: Directed by Roseanne Liang. With Chloë Grace Moretz, Nick Robinson, Beulah Koale, Taylor John Smith. A female WWII pilot traveling with top secret documents on a B-17 Flying Fortress encounters an evil presence on board the flight.

www.imdb.com
a 2020 movie about a woman manning the ball turret of a B-17 bomber.

The movie was weird.

I picked the movie out because thriller/suspense drama inside a ball turret sounds like something I would enjoy.

Also...
How in the name of Allah can you mess up aerial photography?!?
There are 3 dimensions, constant movement, clearly defied rules, and the shit looks gorgeous without trying to be.
There were air combat scenes in this. They sucked!!!eleven!!one!
Turns out an Aichi E13A can exceed its top speed in a vertical climb.

And no one can tell me that making interesting air-combat footage is hard, or expensive. You can take the late 1990s or an early 2000s video game and make it there.
I would not mind, and you would get a better scene than the shit the movie served.

Then again this movie had some good bits. So I guess I enjoyed about 20 minutes out of the 1 hour 23 minutes 22 seconds run time.

Moderator
Erin Brockovich. A 2000 movie and dramatization of the true story of Erin Brockovich, portrayed by Julia Roberts, who fought against the energy corporation Pacific Gas and Electric Company (PG&E) regarding its culpability for the Hinkley groundwater contamination incident. I really like it.
This is my mod voice. Heed my words or feel the wrath of mod bunnies

The sheer scale of Stasi surveillance during the Cold War and a great movie.

Moderator
I watched that in one of my college classes. Good movie.
This is my mod voice. Heed my words or feel the wrath of mod bunnies

Alias said:
I watched that in one of my college classes. Good movie.
Click to expand...